Being the new administrative capital of Chhattisgarh, NRANVP has immaculately planned a sustainable urban transport project which connects Nava Raipur Atal Nagar with the rest of India conveniently. This transportation network has been designed keeping factors like safe mobility, easy accessibility, and affordability as its base.

The intra-city road transportation in Nava Raipur Atal Nagar has got 140 km of 4 and 6 lane expressways adorned with LED street lighting up to 55 km. Again, along with a network of arterial roads, there are many safe cycling, pedestrian and other dedicated lanes throughout this Greenfield smart city in India, promoting usage of non-motorized transportation (NMT)

Talking of inter-city roadway transportation, Nava Raipur Atal Nagar is well-connected with the other Indian cities via NH30 and NH53. It connects Raipur with coastal Andhra Pradesh, port of Vishakhapatnam, Kolkata, Mumbai and others.

In most of these roads, a wide median of 20 m has also been planned for future expansion of this sustainable urban transport project. As proposed by NRANVP, there will be 9 BRT stations in the 1st phase of Nava Raipur Atal Nagar Transit Plan.

Besides roads, there is also a planned railway connectivity in Nava Raipur Atal Nagar which joins all major rail networks with this integrated smart city of India. According to NRANVP’s plan, 5 major railways stations within this metropolitan will provide access to most of the cities and villages –Nava Raipur Atal Nagar, Udyog Nagar, Central Business District (CBD), Purkhauti Muktangan and Kendri.

Besides this, functional airstrips for small and medium planes are available at Raigarh, Bilaspur, Bhilai, Korba, Jashpur Nagar, Jagdalpur, Sarangarh and Ambikapur.

This Airport zone falls in Layer – III of the Development Plan 2031 covering an area of 11.92 sq. km. Through this sustainable urban transport project, the world’s first integrated smart city will ensure convenient and fast accessibility to the rest of country. 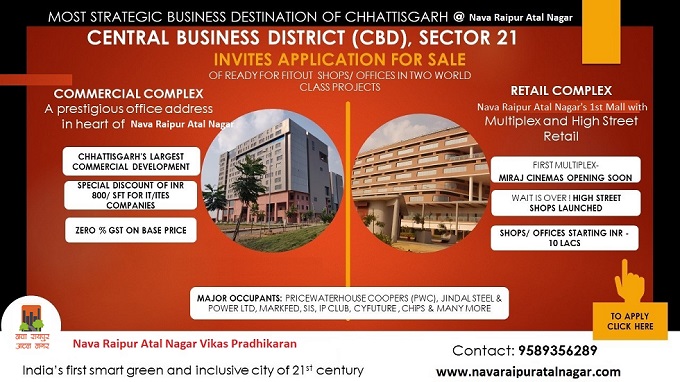 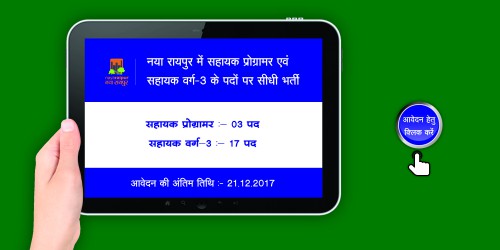