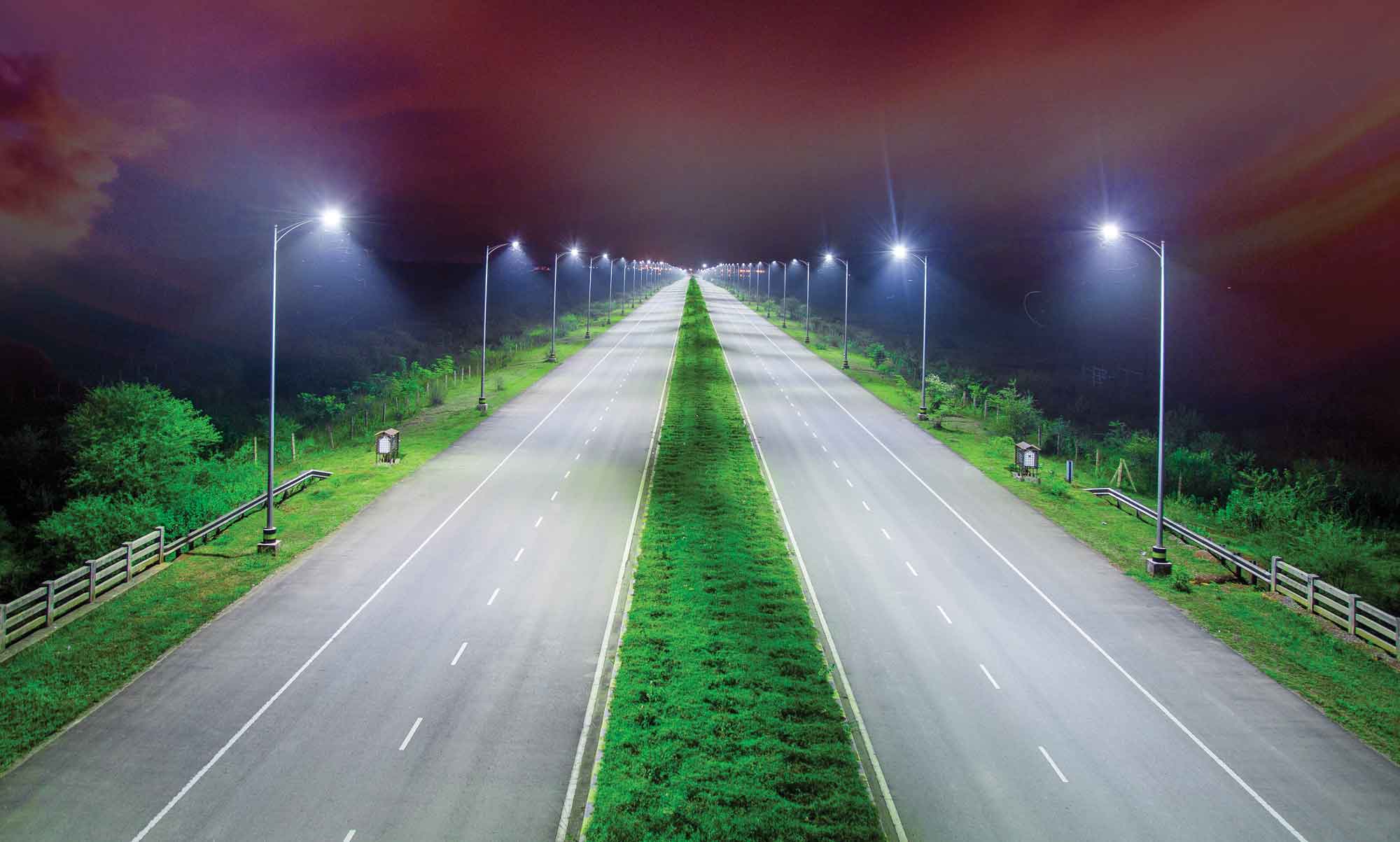 Expressways of Nava Raipur Atal Nagar The infrastructure for success

An intertwining network of 4 lanes and 6 lanes…

An effective network of roadways form the backbone of every successful city and Nava Raipur Atal Nagar emerges to be a role model in this respect. Courtesy a world class and smart planning by experts of NRANVP (Nava Raipur Atal Nagar Vikas Pradhikaran), the city embellishes a 140 km of six and four lane expressways which spread across the length and breadth of Atal Nagar.

As per its urban transport project planning, the city gets its roadway connectivity through a threefold approach which encompasses intra city, intercity as well as nationwide communication.

A six lane expressway runs from North to South through the centre of the city which forms the spine of this metropolitan. This central tarmac gives way to 4 lane highways perimetering its 41 blocks with utmost precision. Further division leads commuters to the arterial two lane roads which hold the construction grid for residential as well as medium to large commercial constructions in Nava Raipur Atal Nagar.

Each of these roads finds embellishment with smart LED lighting and receives their power from solar panels accounting for a completely renewable and environment-friendly approach.

In order to establish an efficient communication channel between the Old and Nava Raipur Atal Nagar, NRANVP extends Nava Raipur Atal Nagar BRTS facilities to Raipur City through NH 53 and NH 30. In addition to this, a four lane highway by the name of VIP Road connects both the cities to the Swami Vivekananda International Airport.

Every crucial intersection and crossing of the city is channelled using an island or a diamond crossing intersection. In this respect, the Mantralaya holds special significance which comprises of seven islands circum-circling this parliamentary block and leading to roads connecting the entire city.

Courtesy to NH 53 and NH 30 which run along the Northern and Southern perimeters of the city respectively,Nava Raipur Atal Nagar is well connected with the golden quadrilateral (Delhi, Mumbai, Kolkata, Chennai) of India.

A 20h drive on either side of Nava Raipur Atal Nagar via NH 53 will take commuters to Kolkata and Mumbai respectively while driving along NH 30 and NH 16 will take a person to Chennai and New Delhi respectively.

As a whole,Nava Raipur Atal Nagar opts for a modular urban transport project which looks to cater to local as well as national outreaches.